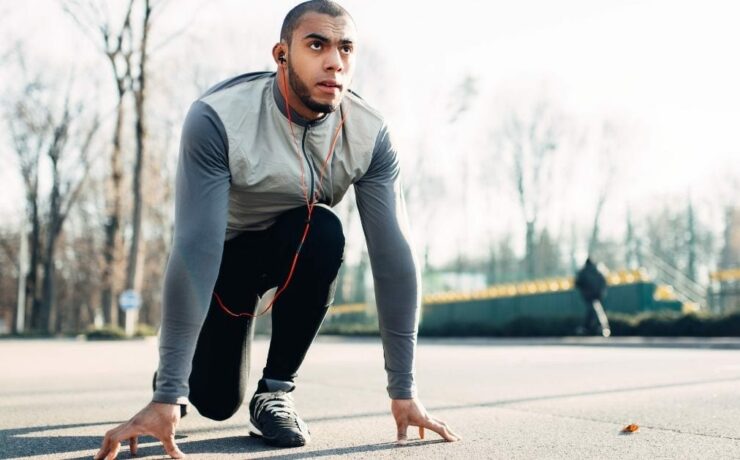 Should we eat more Protein?

Research shows that higher-protein diets are beneficial for muscle mass, so should we eat more protein?

Over the past two decades, mounting research in the field of nutritional science have shown the potential benefits of consuming higher-protein diets on muscle mass. In addition to limiting age-related muscle loss, greater protein intake, when combined with resistance exercise, can contribute to improve strength and muscle mass gain. It can also help preserve muscle mass and whole-body protein homeostasis during periods of energy deficits.

Despite the recognized benefits that higher-protein diets may have on muscle mass and the increased availability of protein-containing foods, dietary protein intake in the US has remained mostly unchanged over the past decade and a half. One can wonder why the knowledge on dietary protein has not been reflected in people’s dietary patterns?

Researchers John W. Carbone and Stefan M. Pasiakos provide insights on the reasons behind the disparity between scientific evidence on dietary protein and the real-life application of this knowledge in their recent communication published in the Nutrients Journal. One factor suggested by Carbone and Stefan to explain the lack of change in protein intakes is the misinterpretation of the protein intake recommendations. The current Recommended Dietary Allowance (RDA) for protein of 0.8 g/kg/d is often wrongly interpreted as an optimal intake recommendation. In fact, it represents the minimum amount needed to prevent deficiency. While this amount might be sufficient to meet the needs of healthy, relatively sedentary young adults, it is believed to be inadequate for certain populations. As a result, professional organizations, including the Academy of Nutrition and Dietetics, Dietitians of Canada, and the American College of Sport Medicine have recommended protein intake in the rage of 1.4-2 g/kg/d for active individuals. Similarly, protein intakes higher than the RDA have also been shown to be beneficial in individuals with certain pathophysiological conditions.

Another factor discussed by Carbone and Pasiakos to explain for the general lack of change in protein consumption patterns is the confusion surrounding the risks associated with high protein consumption. A number of criticisms associated with higher protein intake, such as the detrimental effect of protein on bone, renal function, low-grade inflammation, and cardiometabolic health are still widely circulating. These concerns, however, are generally unfounded when it comes to the protein content of the diet and not supported by current research findings.

Despite the confusion surrounding the risks of high protein consumption, higher-protein diets have been linked to having benefits on muscle mass. Perhaps the first step in achieving optimal muscle mass across the lifespan is to reevaluate macronutrient recommendations to reflect the current scientific knowledge?

To find out more information about our protein products, click here

Disclaimer: Information discussed in this blog is based on the above-mentioned published research article and represents the thoughts, views, and opinions of the authors of the article.

What is the Microbiome?

Our body is inhabited by trillions of bacteria, fungi, and viruses which collectively live on and in our body as a community known as microbiota. Their genome is the microbiome.

Food safety is essential to fully benefit from food’s role in our lives. At Vitalus, our values of integrity, care, and expertise are at the core of our food safety practices.

Our team of technical and application specialists are ready to support your needs for new products, formulations, and ingredients. ​

The information contained on this website is meant for business to business customers and health care professionals and is not intended for general public. As regulatory requirements vary in every country, applications in final products, approvals and claims for any ingredients must be verified with local regulatory authorities.

Any cookies that may not be particularly necessary for the website to function and is used specifically to collect user personal data via analytics, ads, other embedded contents are termed as non-necessary cookies. It is mandatory to procure user consent prior to running these cookies on your website.